May 31, 2021
When we use social platforms for free, no one complaints about it. When the personal data leaks, we just silently bite the bullet and change the login password. When social media platforms start charging a subscription fee, how would you react? Pay and use or quit and change?
I am not a pro-Facebook nor any pro-WeChat person here. I am merely stating the facts for blogging purposes:
mIRC - launch in 1988, died.
ICQ - Launch in1996, died.
Friendster - Launch in 2002, died.
LinkedIn - Launch in 2003, Microsoft bought over, surviving and becoming like a Business KOL platform + job hunting. I think if not because Microsoft bought over, it will end too.
Myspace - Launch in 2003 and died.
Facebook - Lanch in 2005, surviving.
Flickr - Launch in 2004, bought over by Yahoo and then now from free services change to subscription.
Reddit, Launch in 2005 and surviving.
Twitter - Launch in 2006 and surviving. Soon will start charging.
Weibo - or called Sina Weibo launch in 2009. Free services + membership subscription.
Pinterest - Launch in 2010 and only a minority use it.
Instagram - Launch in 2010 and bought over by Facebook.
Google+ - Launch in 2011 and died.
Clubhouse - Launch in 2020 and popularized by Elon Musk.
[source: https://en.wikipedia.org/wiki/Timeline_of_social_media]
Jane from Twitter just found the source code hidden in the Twitter app that contains in-app purchase details in her status.
What happens if social communication apps like WhatsApp, LINE, WeChat, Telegram, QQ, Signal, Skype, etc start charging membership fees? Do you still remember when WhatsApp started, it is a paid app that cost Ringgit Malaysia RM8 to download? Will you still continue to use it or switch back to SMS-era because almost all telco offers unlimited SMS nowadays. Please comment below.

Popular posts from this blog

So many rich Malaysian!! 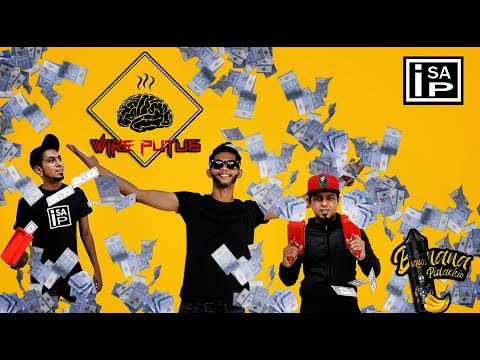 You got to give lots of love to this country especially when people are sprinkling RM1 notes on the street for popularity. As of today (17th April 2021), there is 64k views on this video. If I count the ROI, RM0.15 per view is actually worth it? Do you think so? Please leave your comment. But in actually fact by professional from Knight Frank in this report at The Edge, we are really that rich now and more will become richer in the next 5 years. Knight Frank Malaysia managing director Sarkunan Subramaniam highlighted that Malaysia saw an 8% increase in high-net-worth individuals (HNWIs) between 2015 and 2020. “Despite the decrease of 8.3% from 2019 to 2020 that was possibly caused by the uncertainties during the pandemic period, we foresee there will be a significant recovery of 36% [in terms of HNWIs in Malaysia] in the upcoming five years.” So what is your number at this moment?
Read more

The Law of the universe is that the matter that we focus and give energy to, will grow. Most of us have a particular interest in financial aka money. If you share the same interest like I do, then, you know that the fundamental of financial planning is to know where you are now and set a target for yourself to achieve your financial goal. I attended a Financial Talk organized by MFPC and they are giving away a free personal credit report via My Credit Info. The free financial report will come with the following information if any, Experian i-SCORE (Credit Score Banking Information (CCRIS) Skim Potong Gaji Angkasa (SPGA) PTPTN Trade References (Non-Banking Info) Litigation History, etc You need to do the following in order to get this report for free: 1. Sign up an account with My Credit Info  https://www.mycreditinfo.com.my 2. Verify your account by submitting your NRIC. According to the website, it will take 3 working days. 3. Once verify, please contact me private message me on my Fa
Read more

How to monitor your kids screen time Let's cut the crap, you want to do either one of the actions mentioned below, then please continue to read yo! Your kids have a digital device(s) (pc, mac, smartphone, or tablet) 1. You want to know what he/she do with the device. 2. You want to control his/her online internet timing 3. You want to block certain software/app 4. You want to manage the time usage on particular software/app I need to warn you that this is a lengthy post and I did my best to summarize it into few categories for you. Option 1: Parental Control using WIFI Router. Most of the routers will have parental control function. The differences are user-friendly and functionality between different brands and within the different brands with different models. You need to log in to your wifi router to configure parental control. The function that you can do with the router are as below and depending on your router. a. Setting a profile i.e. Child. Then within this profile, you can filter the website that allows visi
Read more